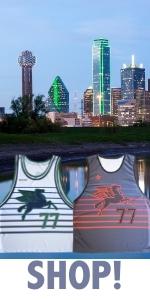 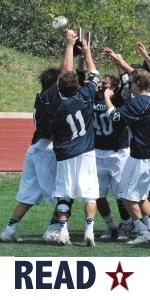 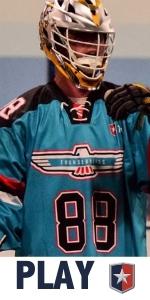 Dallas Select traveled to Rutgers University last weekend and turned in a solid performance in the MVP lacrosse tournament.  In a difficult bracket with the Baltimore Crabs 2011, Tri State Black, NJ Elite, Southern Ohio All Stars, and Carolina Select,  Dallas Select competed well finishing with a record of 3 – 2.

The highlight of the trip was DSelect’s second game on Saturday vs. Carolina Select.  With a full sideline of top Division I coaches and a packed house, DSelect had an impressive showing running by Carolina 14-2.

It was an excellent display of team execution on both the offensive and defensive end. Daniel Trevino led the scoring with five goals.   Alec Lucas absolutely put on a face off clinic dominating the face off X.  Brandon Mullins, Sam Johnston, and Ted Guevel locked down the defensive side of the field by putting the ball on the ground and getting it up and out.  Without doubt, each Dallas player brought their A game!

The two Dallas Select losses were to the Baltimore Crabs and Tri State each by a tally of 6-2.  Ranked in Inside Lacrosse’s top 10 club programs in the nation, both of these teams consisted of older, more experienced Rising Seniors.  With the exception of four uncommitted players, the Crabs 2011 was composed of an entire squad committed to play at top level Division 1 NCAA lacrosse schools.

Down 5-1 at the end of the first half, Dallas Select played the Crabs tough and even in the second half.  Trevor Atkins scored two goals, but the offense did not convert on three man up opportunities.  The defense killed at least 5 penalties, as the physicality of the defense was not appreciated.  The entire defense and the goal tending of Dan Morris and Ken Callis was excellent the entire game.

The Baltimore Crabs 2011 eventually won the entire tournament beating Team Turnpike from NJ roughly 8-3.  Dallas Select’s players learned what it takes to compete against the nation’s finest. Next,  the team travels up to the Denver shootout with entire tournaments worth of experience under its belt.