The Longhorns made the trek up Interstate 35 to take on SMU on Saturday night in a highly anticipated, LSA-North/South showdown that ended with SMU beating UT, 8-6, for the first time since 2009.

SMU took an early lead, 1-0, at the end of the first before the Texas offense exploded for 5 goals in 2nd frame. Texas would lead 5-4 going into halftime, and the game was knotted at 6 headed into the fourth. SMU added two goals in the final quarter while blanking the Longhorns for the win.

"We rallied in the second half. The defense kept us in the game limiting the Longhorns to only one goal after halftime. Our offense was able to find some good looks and finally capitalize against an aggressive defense." Head Coach Karl Lynch

Senior goalie, Adam Connolly, put up 17 saves in the win with only 6 goals against. Offensively, William Morehead led all scorers with 3g, 1a, and Schuyler Grey IV added 2 goals of his own. Gerrick Cantrell (1,1), Nick Schultz (1g), and Thomas McMurray Garrot (1g) rounded out the scoring for the Mustangs.

At this point in the season, SMU is rolling and sitting at 3-0. The Mustangs are the clear favorite to win the LSA North this season and will make another deep run at the Lone Star Alliance title in April. The Mustangs are back at it this weekend in College Station when they take on another quality LSA-South opponent on Saturday against Texas A&M.  After that, they head back to Dallas to play the University of Houston at home on Sunday. 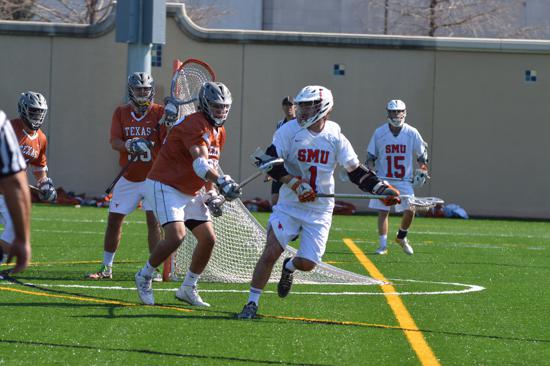 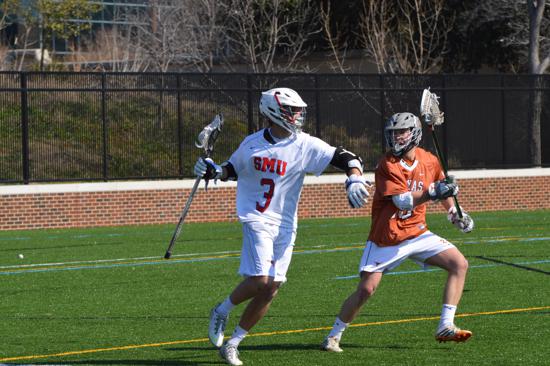 The Aggies had a busy weekend in College Station. In addition to hosting their annual Aggieland Classic, A&M also played host to Baylor and Ole Miss. Texas A&M was coming off of an impressive road win in Austin vs UT last weekend and moved atop the LSA-South Division with a convincing 19-5 victory over Baylor on Friday night.

On Saturday, the Aggies continued to roll and extend their winning streak to 3 by beating the Rebels of Ole Miss.  Coach Scazzero's squad managed to balance their scoring effort once again by having 8 different scorers contribute. Jake Jones led all scorers for the Aggies (2,3), and Logan Bonsignore had a 4 goal effort. Tucker Bryce (3,1) produced 4 points in the win as did AJ Hepting (2,2).  Stephen Briggs was great again with 2 goals while Stephen Sattler and Michael Bryan each added a goal apiece.

At the moment, the Aggies sit atop the LSA-South Division with a 2-0 record in divisional play. Their next slate of games will be a home stand against SMU on Saturday and Louisiana State on Sunday. We're especially pumped for the Texas A&M vs LSU game on Sunday, February 21st, as it kicks off our inaugural season of live-streaming action of the Lone Star Alliance. Make sure to tune in! 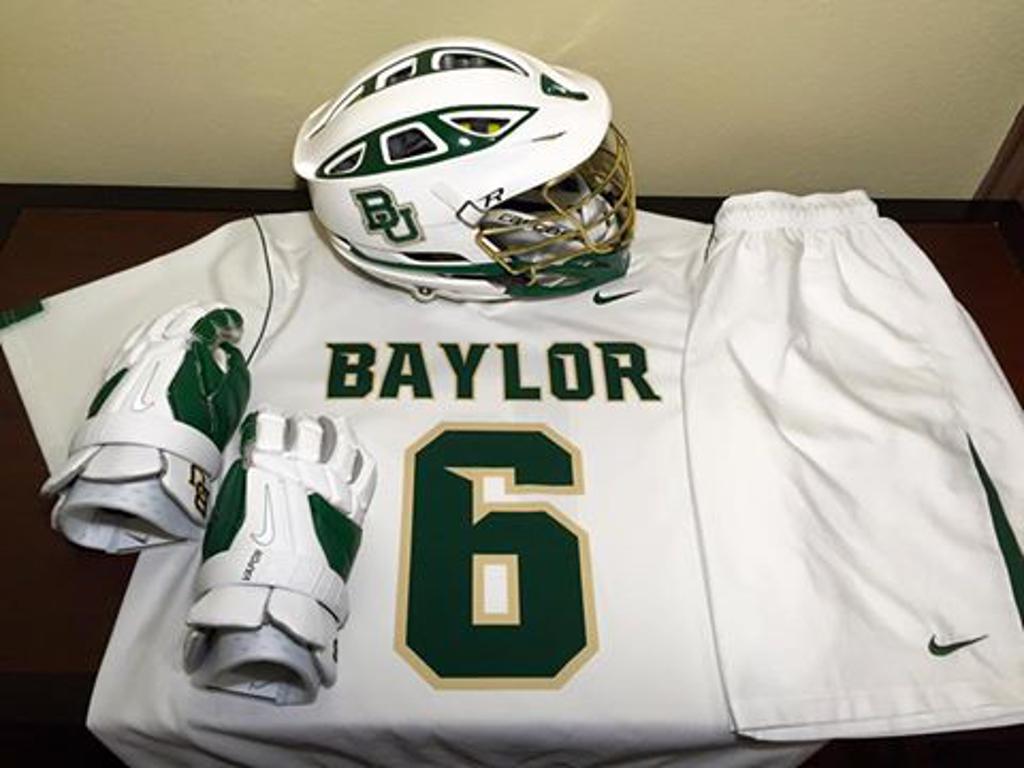 Nike for the Bears

For the second weekend in a row, one of the top contenders for the LSA-North Division traveled East to Baton Rouge for a pair of games. Coming off of a tough loss on Super Bowl Sunday to Texas State, TCU travelled to Baton Rouge this week to take on the LSU Tigers and the University of Central Florida.

TCU had some trouble getting off the bus against LSU on Friday night and went down 3-1 at the end of the 1st quarter and 5-3 at half time. The Tigers came out of half time roaring once again and kept the Frogs scoreless in the third while scoring 4 more buckets to take a 9-3 lead into the final frame. The Tigers went on to win the contest, 12-4.

In the losing effort, junior midfielder, Christian Wendlandt, netted 2 goals to pace TCU's offensive effort while juniors James Reis and Christopher Tomaseli each added a bucket of their own.

The Tigers were led on offense by Austin Melson's impressive, 5 goal effort. Sophomore attack man, Kett Lobrano, added a hat trick. Evan Fitzpatrick, Patrick Clancy, Patrick Messenger, and Thomas McGinty each had a goal apiece to round out the effort.

Perhaps the most impressive part of LSU's win was their ability to put 12 goals in the net with Thomas Brown being limited in production to just 1 assist. This bodes well for the Tigers on offense this season and shows that they have a depth of players with the ability to score even when their #1 threat is drawing all of the attention.

It would not get any easier for the Horned Frogs, though, as they had a quick turnaround and played The University of Central Florida the very next day. Once again, the Frogs struggled offensively and, for the second game in as many days, were only able to generate 4 goals in a 9-4 loss.  Chris Tomaselli tallied 2 goals, while Cameron Campbell and Logan Smith added 1 goal each.

After two, big wins over Texas A&M and the University of Arkansas, TCU is now on a three-game slide in their last three outings against Texas State, LSU, and Central Florida. They look to get back on track at home this weekend as they play host to Iowa State University in Ft. Worth on Friday, February 19th, and LSA, North Division rival, Oklahoma, on Sunday, February 21st.

After a day off on Saturday, LSU finished their weekend of competition by grinding out a tough win against UCF by beating the Knights, 10-8. The Tigers are proving to be a tough opponent this season and are now 3-1. Next weekend will tell a lot about the Tigers as they hit the road for two big games against UT and Texas A&M on Saturday and Sunday, respectively. These next two games have serious playoff implications and will give us our first look at the LSA-South hierarchy this season. We are excited for the match-up against Texas A&M in College Station as it kicks off our LSA live-streaming schedule with StickStar Productions.  Please tune-in to watch the action! 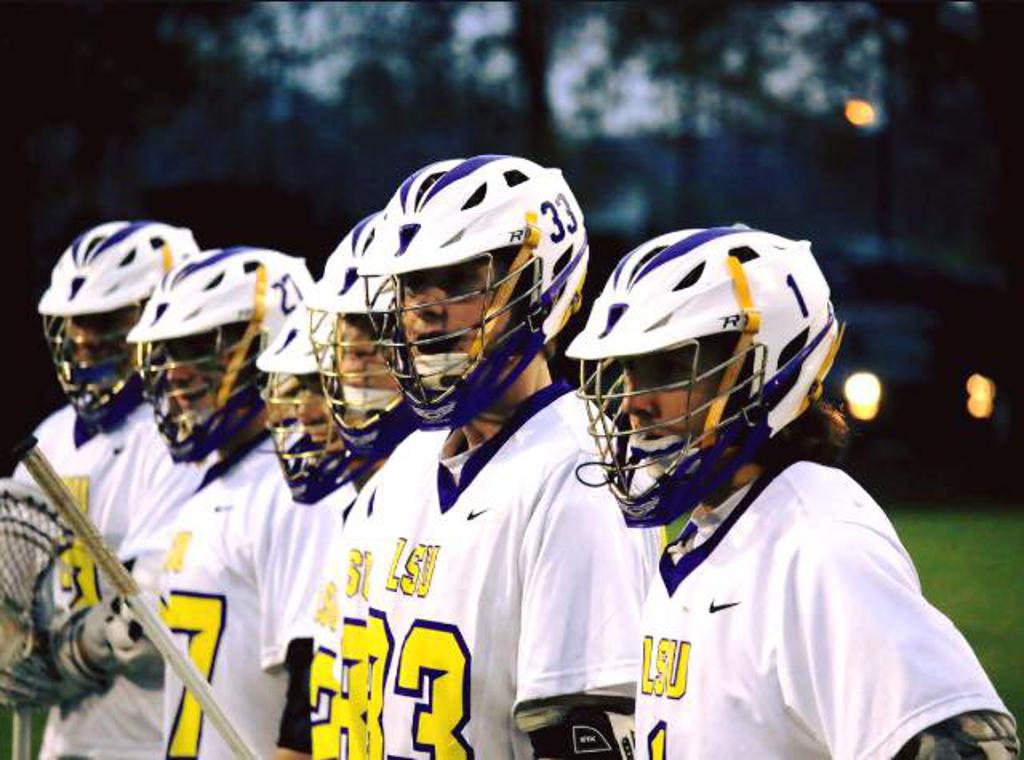